David was born and raised in Kern County. He attended Standard and Highland Elementary, Standard Junior High and North High School. His parents’ families moved from Texas to Oakland during WWII to work in the Bay Area industrial war complex. After the war they moved to Oildale in 1945.

The influence of sports was in David’s life from an early age. David’s older brother Terry (NHS class of 1968) was involved in multiple sports at NHS, played football at Bakersfield College and Portland State University. David started lifting weights at age 14 and playing football because his brother did.

David’s first tackle football experience was on the undefeated Oildale Jack Frost football team the “Highlanders” with NHS HOF coach Bill Williamson. We played Saturday mornings at BHS Griffith field. David was a big kid at 5’6” and 145lbs.  He thought this football game was pretty easy stuff as an 8th grader. He wanted to be a running back but was told he didn’t lift his knees high enough when he ran. He was assigned to the line. He made “Lineman of the Week” in October 1967 for tackling a runner in the end zone for a safety.

David entered NHS and played junior varsity football under HOF coach Terry Hill during his freshman and sophomore years. He recalls his freshman year wondering if maybe he should have played on the Comet B team SYL Champs instead of playing with bigger more experienced sophomores and juniors. During the off season he would lift weights. He started at the YMCA then later on in his home garage when his dad made it into a weight room. Finally at NHS in their first weight room which was a small portable classroom with a Universal gym set.

David’s junior year was the fall of 1970. He played football under HOF coaches Turk Eliades and Jack Obrien (his first year at NHS). He was assigned left guard. Many years later when David went to visit Turk  he would call David “The Guard”. When David saw Coach Obrien at the first HOF induction ceremony he said, “Now there is one heck of a guard”.  David played on this team with four other HOF members. Mark Drennan, Randy Rich, Skip Slayton, and Duane Williams.  This team went undefeated 9-0, SYL champs. David made “Honorable Mention” on the All City Team. David is now the 5th member from the 1970 team to be inducted into the NHS HOF.

David’s senior year was 1971. He was now a Co-Captain. He played offensive guard, defensive left tackle, and was the punter. The team went 7-2 and shared the SYL Championship with two other teams that we had previously beaten. There was a no repeat rule for the playoffs so our season was over. The 1970 and 1971 NHS football teams are the only back-to-back championship football teams in school history. David was awarded to the “Bakersfield All City Football Team”. At that ceremony UCLA Coach Pepper Rogers gave David his “Lineman of the Year 1971” trophy. David and fellow teammate Ron Pritchard (1970) are the only two lineman from NHS to ever receive this award.

As previously mentioned David was a weight lifter. As a senior he could bench press, squat, and deadlift over 300 lbs. each. He continues to go to the gym on a regular basis.

David is also an accomplished musician. He started playing tuba (because they gave tubas to big boys) in the fifth grade under Standard School Band Director Dick Grubbs. He played in multiple Kern County Honor Bands, the 1972 California State Symphonic Band, the 1971, 72 McDonald’s All American Band and the Bakersfield Community Band for three seasons. David received the “John Phillip Sousa Award”  at Standard in 1968and at NHS in1972. He currently plays in four bands in northern California.

David has lived in Sacramento for 45 years. He retired as a Captain at Sacramento Metro Fire Dept. He has been married to his wife Janice for forty years. They have two children Brian and Kristen, son-in-law Joel, and grandson Lewis. 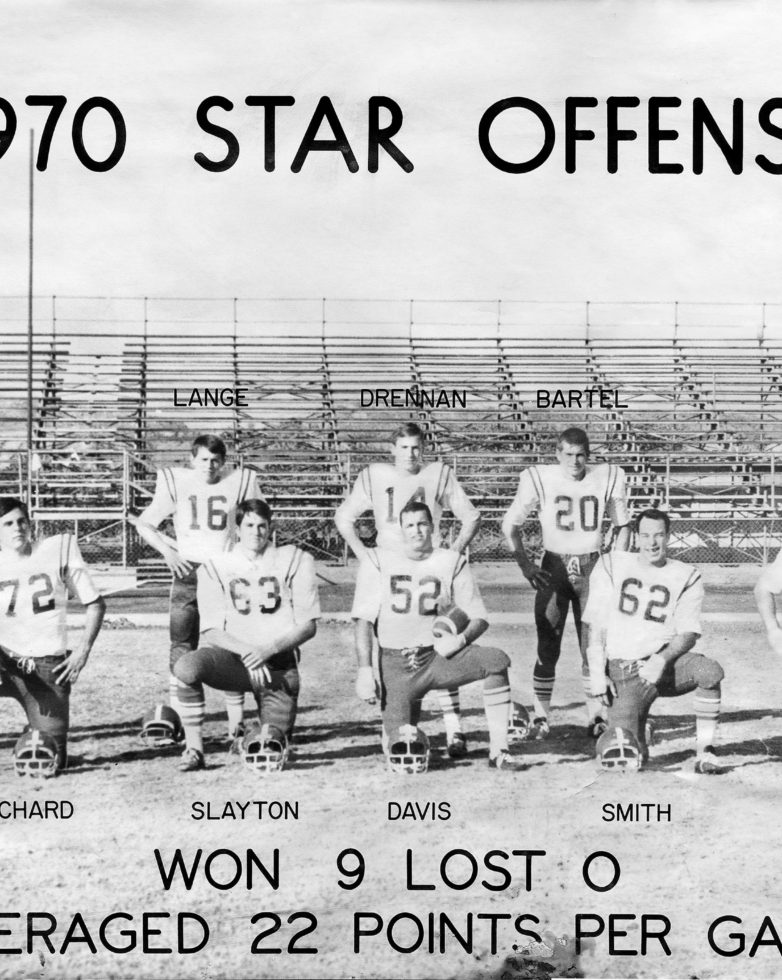 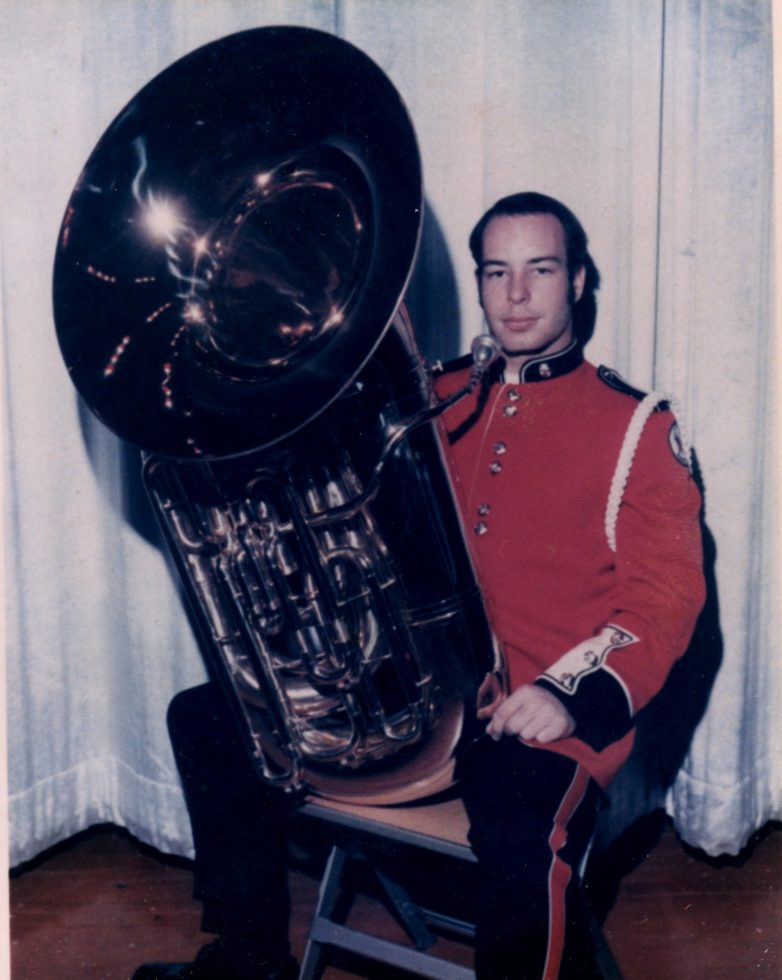 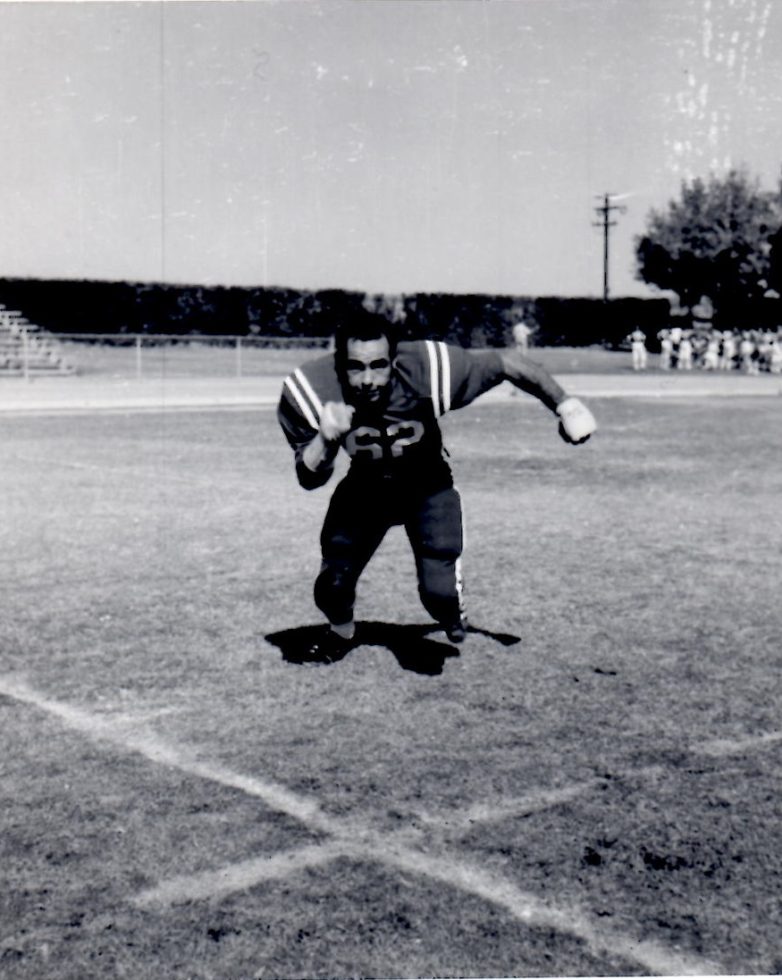